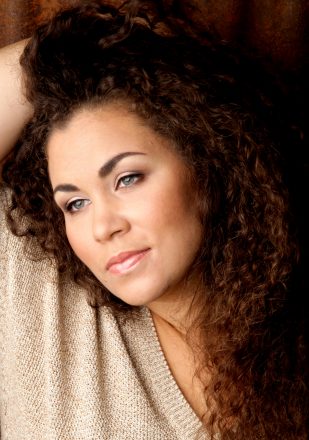 Praised for her warm, luscious timbre, seamless technique and captivating stage presence, Norwegian mezzo soprano Siv Misund is one to watch of the new generation of dramatic voices emerging from the nordic countries. Her voice is often referred to as one reminiscent of the voices of the golden era of opera with it’s rich, beautifully distinct and unique sound.

She received great critical acclaim for her recent role debut as Santuzza in Cavalleria Rusticana with Ringsaker Operaen. One of the critics wrote; “…as her voice soared over the sound of the Easter Hymn it was so heartbreakingly beautiful that it was almost too much to bear.”

Her recent engagements also include a strong and gripping performance of Lucretia in the Rape of Lucretia with LidalNorth at the Norwegian National Opera, Dryade in the North Norwegian Opera and Symphony Orchestras star-studded production of Ariadne auf Naxos and 3rd lady in a fresh and modern production of The Magic flute with Opera Trøndelag.

She is also an avid concert singer and enjoys programing new and exciting art song repertoire in her recitals. In collaboration with Nadine Benjamin, Allyson Devenish, Errollyn Wallen and Michael Harper she has developed the recital program «Hidden too long — black women in song» with songs written by Afro British and Afro American female composers that was first performed at Steinway Hall in London this past December.

Ms. Misund finished her masters in performing arts at The Norwegian Academy of Music in the spring of 2007. She is a recipient of the Ellen Kirby Smith Rice Scholarship (CoOPERAtive program 2010, Princeton, NJ) and a price winner of the KammerOper Schloss Rheinsberg 2011 where she performed the role of Nutrice (L’incoronatione de Poppea) to great critical acclaim. Other roles include Ulrica (Un ballo in Maschera), Dinah (Trouble in Tahiti), Flosshilde (Das Rheingold), Zita, (Giannis Schicchi), Frugola (Il Tabarro), Zia Principessa (Suor Angelica), and Witch (Hansel und Gretel). Siv has worked with Bergen National Opera, North Norwegian Opera and Symphony Orchestra (NOSO), Oslo Opera Festival and Live Opera in Oslo to name a few.